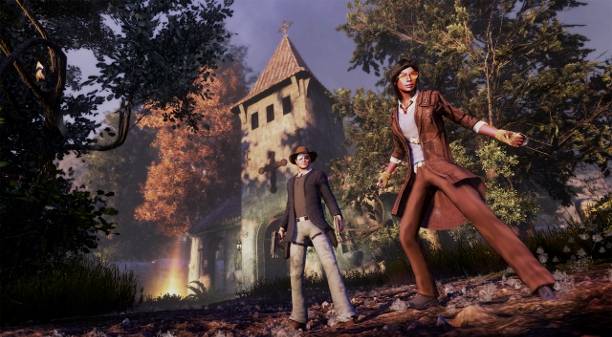 Durham, USA – September 24th, 2012 – Funcom is excited to announce that Joel Bylos has taken the new position as Game Director on ‘The Secret World’,the company’s recently launched massively multiplayer online game (MMO). Mr. Bylos will work together with Creative Director Ragnar Tørnquist on expanding and enhancing the game through quality post-launch content. The team has already launched two major content updates in just over two months following launch, and focus going forward will be to expand the storyline, introduce entire new areas such as the upcoming New York raid, and much more.

Ragnar Tørnquist will continue in his role as Creative Director with even more focus on the overall setting and story for the game.

You can also find an additional statement from Ragnar Tørnquist on the official The Secret World forums.

Mr. Bylos, who has been instrumental in shaping ‘The Secret World’ as Lead Content Designer’ throughout development, has extensive experience with developing post-launch content for MMOs. This includes serving as Lead Designer on the critically acclaimed ‘Rise of the Godslayer’ expansion pack for Funcom’s previous MMO launch ‘Age of Conan: Hyborian Adventures’. Mr. Bylos will manage the development team together with Scott Junior, who continues in his position as Producer on the game.

“Being given the opportunity to lead the game into a bold, new future is definitely a dream come true for me,” says Joel Bylos, Game Director on ‘The Secret World’. “I am very proud of what we as a team have created with ‘The Secret World’, and it is truly a brilliant canvas that will allow us to create more groundbreaking MMO experiences for many years to come. ‘The Secret World’ is only really getting started, and with a game world that draws upon our own,real world, there is no limit to what sort of amazing stories we can tell and fantastic locations we can visit in the upcoming content updates.”

“Joel and I have worked together for many years, and I cannot think of anyone more suited to maintain the vision and lead the game going forward than him,” says Ragnar Tørnquist, Creative Director on ‘The Secret World’. “I look forward to continue working with Joel on bringing the game forward through many, exciting post-launch updates, and I especially look forward to spending more time expanding on what I truly enjoy the most about ‘The Secret World’: the story, characters and the setting itself.”

The development team is currently working on wrapping up ‘Issue #3: The Cat God’, the latest content update for ‘The Secret World’, and production on‘Issue #4’ is also well under way. This update puts players in the middle of a devastated New York City where they have to battle an enormous monster crawling up from the depths of the New York subway system and onto the streets of Times Square.